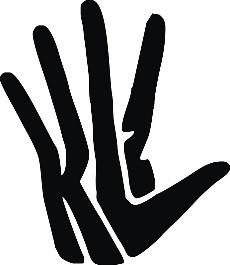 On June 3, 2019, Toronto Raptors forward Kawhi Leonard filed a lawsuit against Nike Inc. ("Nike") seeking a declaratory judgement that: (i) Leonard is the sole author of the "Klaw" logo; (ii) Leonard’s use of the "Klaw" logo does not infringe any rights of Nike; and (iii) Nike committed fraud in registering the "Klaw" logo with the US Copyright Office.

The claim states that Leonard designed the "Klaw" logo himself in 2011 or 2012 which incorporates his large hands, his initials, and his jersey number (see image).

After signing an agreement with Nike in October 2011, Leonard said he would permit Nike to affix the "Klaw" logo to Nike merchandise during the term of the agreement.

Nike made some modifications to the logo, and eventually, Nike and Leonard agreed on a design.  Leonard claims he never transferred the rights to the "Klaw" logo to Nike and that written communications between the parties referred to the logo as “Kawhi’s logo.”  Nike subsequently filed an application with the US Copyright Office claiming authorship of the “Kawhi Leonard Logo,” and the logo was granted copyright registration on May 11, 2017.

Leonard’s contract with Nike expired in September 2018 and Leonard subsequently signed a contract with New Balance.  The statement of claim states that in December 2018, Nike demanded that Leonard cease use of the "Klaw" logo on non-Nike merchandise, prompting the “Klawsuit.”

If the case proceeds to trial, the extent of modifications made by Nike will likely be a significant factor in determining whether the "Klaw" logo was a mere variation of Leonard’s work or an original creation.